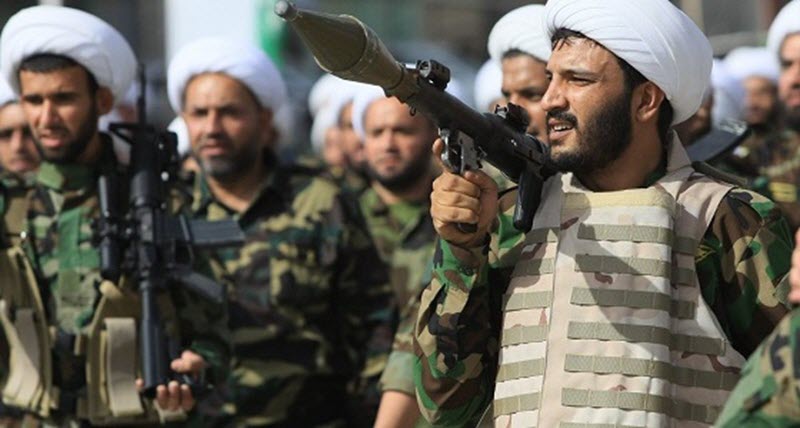 The aggressive expansionism of the Iranian Regime has caused violence and divisions across the Middle East, while their efforts to create regional proxy militias are worsening the situation in three already unstable countries: Syria, Yemen, and Iraq.

It is well known that there are numerous Iran-backed Shiite militia groups fighting in Syria for the Assad regime, but some of these groups, like the Hashd Shaabi or Popular Mobilization Forces, are also working in Iraq to hamper peace and stability.

In December, five Christian protesters were shot and injured by members of the Hashd al-Shaabi militia in Bartala, northern Iraq, while protesting as part of a larger group about assaults on Christians by the Shia militia.

Captain Agathon Saleh said: “Many Christians are angry with practices of the Hashd al-Shaabi militia and consider them a continuation of violations committed by the Daesh terrorist group.”

Just last week, the Iran-backed Houthis kidnapped 300 people, mainly the elderly and children, in the town of Adeen. As it came so soon after the death of Houthi commander Abu Abdulrahman Al-Alwi, it is thought that this may have been retaliation.

Yemen’s civil war began in 2014, when the Houthis took over the capital Sanaa and many other cities, forcing the internationally recognized government to flee to Saudi Arabia.

However, it is in Syria where people have been most affected by Iran’s destabilization campaign as Iran-backed militias attack civilians and moderate opposition groups.

Roughly 18,000 Shiite militiamen are said to fighting in Syria for the Bashar Assad regime, in a civil war that began in 2011 and many of them were recruited by the Iranian Regime or one of its proxies. This includes:

• 10,000 Hezbollah fighters, who Iran deployed there from Lebanon

• 5,000 fighters from Iraq’s Shiite areas, like Baghdad, Najaf, and Basra

• 2,000 fighters from the Afghan Fatimiyun Brigade, who fight in the south of Aleppo, Damascus and Daraa

• 500 fighters from the Pakistani Zaynabiyyun Brigades, who are fighting in the north of Aleppo

On top of this, the Assad regime is using Iran-backed militia groups (or shabiha) to bolster its forces against the Syrian opposition. The 24,000-strong shabiha has been blamed for the killing of many anti-Assad protesters.

The shabiha, believe to be funded by regime supporters including Assad’s cousin Rami Makhlouf, began to replace soldiers that deserted the Syrian army during the first year of the civil war, and their numbers increased dramatically as the Assad regime started losing power.