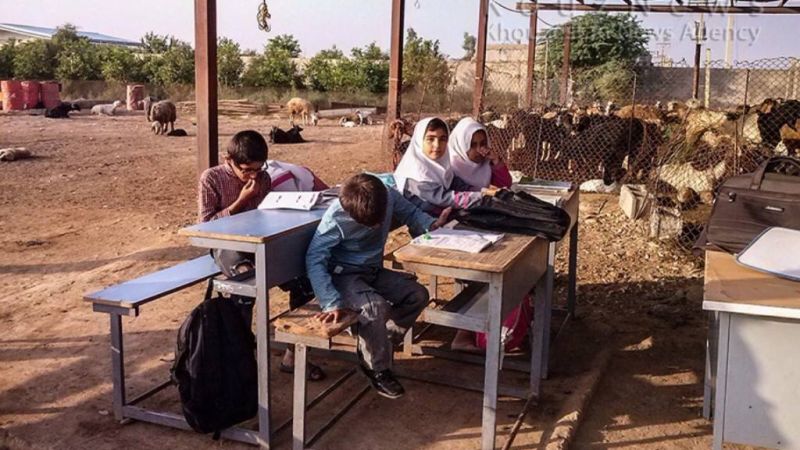 As schools open in Iran the conditions of these facilities deserve a comprehensive review. This report is compiled of remarks made by regime officials and a long list of media reports.

“… poor conditions of schools in Minab (northwest Iran)… reconstruction of such buildings are neglected each year, leading to roofs falling. This endangers the students’ lives and badly influences their learning.” (Official Mehr news agency – March 28th, 2017)

“Education under falling roofs… an earthquake less powerful than even 5 on the Richter scale will cause vast damages for Iran’s non-standard schools.” (Official Mehr news agency – September 19th, 2017)

“Most of the schools of Tehran’s 13th educational districted are very worn out,” according to the region’s education director. (Rekna website – July 12th, 2017)

“The schools of east Hormozgan (southern Iran) are in critical conditions… The roofs of two schools caved in last year… A catastrophe is in the making if special support is not provided,” according to Zolqadr, a member of parliament. (Mehr official agency – July 23rd, 2017)

“I don’t believe there is any need to close down the country’s mudbrick schools… these schools are built according to regional conditions and answers to the people’s needs.” (Youth Journalists Club – February 25th, 2017) 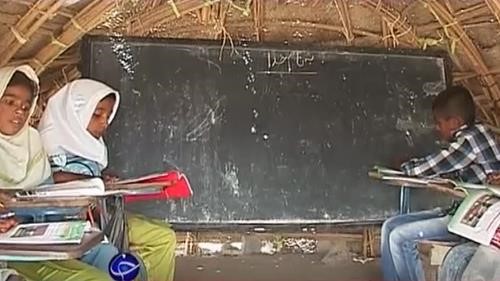 “47 percent of the province’s 4,200 schools are in poor conditions,” according to Lorestan province governor Houshang Bazvand.

“Tehran is the most deprived city across the country regarding school conditions. Schools that threaten the lives of thousands of schoolchildren in the country’s capital. Is it more important to build trade towers or reconstruct our schools?” (Rah Dana news network – February 25th, 2017)

“In Tehran there are around 10,000 classrooms in desperate need of reconstruction… some schools in the capital lack even the most basic safety standards… if we witness 4 or 5 Richter earthquake there is a possibility of 17,000 schoolrooms being destroyed. We would need 32 years if we intend to reconstruct these school rooms based on current credits,” according to the director of Iran’s Ministry of Education. (Javan Online – May 9th, 2016)

“Long lifespans, and lack of necessary budget for repairs and service/maintenance have led to most of our schools to suffer from poor conditions. As a result, once in a while we witness the destruction or severe damage of a number of schools.” (Javan Online – May 9th, 2016)

“Our country is amongst the ten most disaster vulnerable countries across the globe, fourth in Asia and sixth in the world. In comparison to Japan, Iran is 1,000 times more vulnerable in the face of earthquakes.” (Youth Journalists Club – October 9th, 2015)

“Statistics show 7 million square meters of the country’s schools are in poor conditions and are in need of a major budget for reconstruction.” (Javan Online – May 9th, 2016)

“30 percent of the country’s schools are in need of reconstruction… around four million schoolchildren are currently receiving education in these schools.” (Semi-official Tasnim news agency – June 21st, 2017)

“4,160 schoolchildren in and around the town of Qeshm (southern Iran) are in schools in need of reconstruction,” according to Qeshm’s education director. (Mehr news agency – August 10th, 2016)

“We are facing the issue of worn-out schools in all areas of Mashhad (northeast Iran),” according to the Khorasan Razavi province Education Organization director. (Javan Online – May 9th, 2016)

“There are 800 schools in need of reconstruction in all of Kerman province (central Iran).” (Mehr news agency – October 31st, 2016) 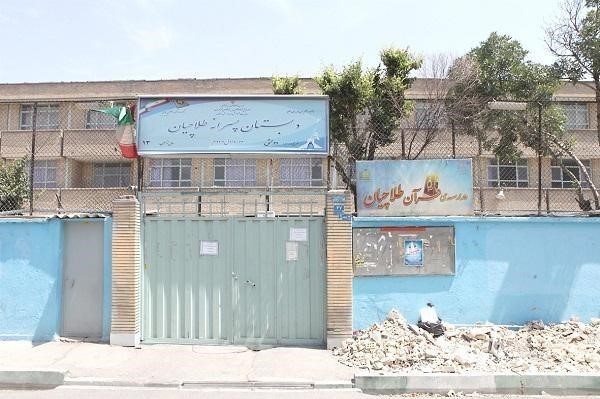 “There are more than 2,000 schoolrooms in 372 schools of Ardebil (northwest Iran)… some dating back to the year of 1916 and in desperate need of reconstruction,” according to Ardebil’s education director. (Javan Online – May 9th, 2016)

Students of Muguie School in the town of Doroud in Lorestan province sit in class with umbrellas. 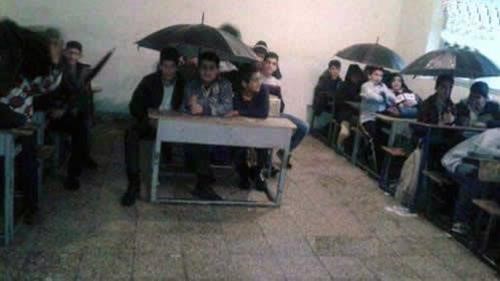 Students of this school are forced to open their umbrellas in their schools due to the poor roof conditions and leaks into the room. (Official Tabnak website – December 26th, 2016)

This report shows poor schools are checkered across the country in Iran in a slate of provinces.

When 30 percent of Tehran’s schools are in such poor conditions and in need of reconstruction, the status of schools of more deprived cities around the country is quite obvious.

Despite all this the government of Iranian President Hassan Rouhani fails to provide a budget for reconstruction purposes. Instead, Iran is increasing its budgets for repressive forces, propaganda circles and exporting terrorism.

Conditions worsening across the country is becoming a completely natural trend in Iran under the mullahs’ rule. When the 17-floor Plasco trade center with 5,000 workers and thousands of customers in the heart of Tehran is so outdated it literally crumbles due to a blaze, the poor conditions of schools in deprived areas of Iran is completely obvious.

When those ruling Iran are all thieves, stealing from teachers and 12 trillion tomans (around $3.43 billion) from the Teachers Savings Fund, there is no expectation to provide any budget to reconstruct the country’s schools.

via  A look at Iran’s schools — Iran Commentar